There are a number of over-used words and phrases that infest 21st century popular culture like a plague of brands. One such word is ‘genius’, which has now been employed so liberally that it is as profound and meaningful as David Cameron starting a sentence with ‘Let me be perfectly clear…’

We will draw a discreet veil, while holding our nose in distaste, over the popular cultural trend of enthusiastically using the ‘g’ word to crown anything of which one is vaguely approving, from a Chris Moyles radio skit to a particularly resonant fart.

My issue with the word is in relation to its more enduring use, when talking about music.  I’m talking about the effusive label that has long been awarded to the most talented artists of their generation. And Pete Doherty.

The problem with this term can be summed up by one fairly reliable rule of thumb: By the time the popular consensus confers the ‘genius’ tag on a musician, they will invariably no longer deserve it.

Because people talk about ‘genius’ as a noun, as if the words ‘a genius’ doesn’t just describe an individual, but partly defines them, like phrases such as ‘a towering beanpole’, ‘a mouth-breather’, or ‘a homicidal maniac’. As if they were born that way and will die that way or at least, once awarded the title, like a knighthood, cannot lose it unless they are exposed as a Russian spy or get convicted of indecent acts with a Shetland pony. 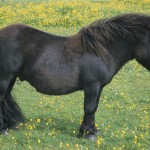 Even in the most deserving cases, it’s use has been excessive. Let’s consider just a handful of the popular music figures with whom the word is most often associated – Brian Wilson, Bob Dylan, Prince and David Bowie.

In all cases, you could make a strong argument for saying that they were geniuses during the extraordinary creative peak period of their careers.

But to a man, they sure as hell ain’t now. None of them are making records that even come close to the incandescent brilliance of their peak period.

The reason they were given the tag in the first place was because they enjoyed a period of intense creativity, innovation and work of such extraordinary quality and originality that it seemed to be the result of some magical, indefinable natural gift they possessed.

That mystical, inexplicable quality that we associate with genius might be why we think its essence is within the musician rather than the music.

But it’s perhaps most accurate to say these once-exceptional artists made music not in the status of genius, but in the state of genius.

And that state, to one extent or another, is a fleeting one. Genius is a fickle mistress who shows up, might hang around for a year or two if you work hard at the relationship and don’t get distracted, but she’s never been the marrying kind. Soon enough you’ll get tired of having to do all the running, then you’ll come home one night to find she’s shacked up with an aspiring singer-songwriter from Pontefract.

If we believe there is some meaning in describing an individual, rather than their work, as genius, as a noun rather than adjective, then we have to accept that no-one is born a genius, and in popular music, barely anyone over 30 dies as one, either. Plenty of people have the accolade inappropriately thrust upon them, but in truth it can only be something that you achieve. And you’re only as genius as your last genius record.

Why am I bothered about splitting these semantic hairs? Well, partly because the use of the ‘g’ word as if it were some sort of lifetime achievement award can be very dangerous, and allows those bestowed with the title to rest on their laurels, seemingly indefinitely.

As I type these words, Shane MacGowan* is probably holding court in a bar, looking perennially around one pint of martini away from lapsing into a coma, being bought an endless supply of drinks by wide-eyed admirers. ‘I’d just like to say I think you’re a genius, Shane,” they simper. “Can I buy you a drink?”

The fact that he has made precious few utterances of ‘genius’ in a quarter of a century since the Pogues split matters little to those who are content just to touch the rim of his glass.

I can’t help wondering whether, if a few more people had asked him why he pissed such a formidable talent up the wall, it might have helped him to get his act together again*.

Similarly, Pete Doherty* made some very good records with the Libertines, and even as his musical output dwindles and his quality control slides steadily off a cliff in inverse proportion to the demands of his well-documented lifestyle, he has no shortage of friends and admirers around him to reassure him that his rambling, cack-handed acoustic ditties are every bit as brilliant as his output during The Libertines’ peak, and if he fancies another quick chase of the dragon before breakfast, they can offer him a very reasonable price.

So I beg of you, pop pickers – genius is a very rare and special thing. On the rare occasions you happen across it, treat it with care and attention.

*DISCLAIMER: If all those well-wishers have helped either McGowan or Doherty abuse themselves to the point of leaving a less-than-beautiful corpse since this article was written, then in fact they do, did and always will embody the very essence of genius, I take it all back, and I am available for television interviews in which I will use that very word in several neatly enunciated, succinctly phrased soundbites in return for a modest fee.

This is an unedited version of a piece I wrote for the music website The Quietus. Look at their pages to learn more about these other-worldly sounds you hear on your radio and compact discs.

It is also included in my sporadically enjoyed book about music-related rubbish, Mind The Bollocks, which you can get from the internet by typing ‘Mind The Bollocks’, sticking your credit card in the slot and waiting.